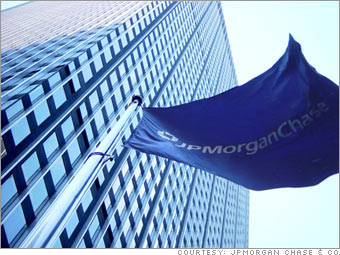 
For more than 75 years, Caterpillar Inc. has been building the world's infrastructure, and in partnership with Caterpillar dealers, has allowed for positive and sustainable change on every continent. A Fortune 100 company, Caterpillar is the world's leading manufacturer of construction and mining equipment, diesel and natural gas engines, and industrial gas turbines. The company is a technology leader in construction, transportation, mining, forestry, energy, logistics, electronics, financing and electric power generation.

In the first half of 2002, Caterpillar posted profit of $280 million or 81 cents per share, the total of sales and revenues of $9.70 billion. More than half of all sales were to customers outside of the United States, maintaining Caterpillar's status of an international business and leading U.S. exporter. Caterpillar products and components are manufactured in 50 U.S. facilities and in 65 other locations in 23 countries around the globe.


During the year 2001 Caterpillar invested almost $700 million in research and technological development. This allowed for the employees of Caterpillar to receive over 2,800 patents since 1996.

Caterpillar Inc. was founded in 1925 when the Holt Manufacturing Co. and the C. L. Best Tractor Co. merged to form Caterpillar Tractor Co. Caterpillar aimed to be the leader in providing the best value in machines, engines and support services for customers dedicated to building the world's infrastructure, and developing and transporting its resources.


Caterpillar Financial continued its growth in 2001 with record revenues of $1.62 billion. The increase of $177 million compared with 2000 was primarily related to a larger portfolio and increased gains on sales of receivables. Profit after tax was a record $212 million, an increase of $53 million from last year. The increase in profit resulted primarily from the larger portfolio.


In countries where Caterpillar does not yet have a physical presence, they provide financing through their Global Accounts Division.


History – Caterpillar: Other divisions Five years after the war, in 1950, Caterpillar Tractor Co. Ltd. in Great Britain is established, This is the first of many overseas operations created to help manage foreign exchange shortages, tariffs, import controls and better serve customers around the world. This expansion of Caterpillar into Europe allowed for Caterpillar to take its products and services into the international market.


Komatsu now understood the competition it faced but still held a 60% market share within Japan. With the threat of the Caterpillar/Mitsubishi venture taking place Komatsu decided to attempt a revitalization of the company. Since Komatsu mainly exported whole machines, the company soon realized that needed to also expand into other markets and set up assembly plans in places like Brazil and Mexico.


The management staff in Komatsu began to establish business relationships with multiple countries, primarily focusing on third world countries and the communist states that existed during that time. Komatsu lacked and effective dealer network, which forced the company to rely on nonexclusive dealerships. This ultimately led to Komatsu receiving smaller contracts than Caterpillar. Caterpillar's global dealer network provided a key competitive edge - customers deal with people they know and trust. This is due to the fact that almost all dealerships are independent and locally owned. Many have relationships with their customers that span at least two generations. Caterpillar dealers serve equipment, service and financing needs for customers in more than 200 countries. The rental services are also offered at more than 1,200 outlets worldwide.


Sources of success – Komatsu Komatsu has been a leader in innovative quality-control initiatives ever since President Yashinari Kawai decided to leverage MITI’s opening of the EME industry in 1963, and fight back in the face of the Caterpillar/Mitsubishi joint venture. He set 2 goals: acquire the best advanced technology from overseas, and Total Quality Control (TQC) systems.


New licensing arrangements were set with International Harvester, Bucyrus-Erie, and Cummins Engine. Within 3 years of launching TQC initiatives, Komatsu was awarded the Deming Prize for quality control in 1964, the same year of Project A’s launch.
Project A aimed to upgrade the quality of the small-medium-sized bulldozers, Komatsu’s primary product. In 1965-1970, despite the Caterpillar/Mitsubishi JV, Komatsu was able to increase market share to 65% through Project A.


In 1972, Komatsu launched Project B, focusing on exports and R&D of the large bulldozer, the main export, and was successful. As with Project A, ugrading of quality and reliability were key. The ratio of exports to total sales grew from 20% (1973) to 41% (1974) to 55% (1975).
By 1976, Komatsu held 60% of the Japanese market, Mitsubishi/Caterpillar, 30%. A cost reduction plan, V-10 Campaign, was initiated, as well as new product development programs.
Between 1976-1982, the end of the Kawai era, Komatsu made a significant decision to be freed of its licensing arrangements, and to broaden its product line to grow its dealers distribution system to better compete against Cat. 1981 saw Komatsu’s 60th anniversary, and the launch of EPOCHS. This project focused upon meeting market specification needs, without weakening its cost positions. R&D, individual plants, integrated and concentrated production systems, were all strengthened. In 1981, Komatsu was awarded the Japan Quality Control Prize, a globally supreme quality-control honor.


Performance – Komatsu (1980’s) In 1982, after 18 years of incredible growth, Ryoichi Kawai handed leadership to Shoji Nogawa. The performance of Komatsu deteriorated so quickly because the company continued to focus on traditional policies, such as it’s reliance on highly efficient centralized international production facilities. This problem became much worse as external pressures increased: falling demand, worldwide price wars, a rapidly appreciating yen, and heightened trade frictions throughout the industry. Komatsu also faced antidumping suits. In 1985 the situation reached a climatic point when the yen suddenly surged from a dramatic decline.


Mr. Nogawa was very slow in implementing his short and medium term recovery plans, including raising prices abroad, expanding overseas parts procurement, and cutting production costs. Mr. Nogawa also rejected a proposal by American distributors to move additional production overseas until is was too late, by this time the yen had increased even further. Ultimately, Chairman Kawai decided to replace Mr.Nogawa with Masao Tanaka in June 1987.


Executive Performance – Komatsu: Tanaka, Katada Both Tanaka and Katada managed to manage an increasingly difficult situation similar to the one that plagued Nogawa. Tanaka was defensive in his decisions, hedging against the high-yen environment, and managed to pursue internationalization much more than Nogawa; including establishing individual bases of operations that acted independently regarding sales, manufacturing and finance. These bases would be responsible for the three core markets of Komatsu: Japan, Europe, and USA.


Katada created a more innovative approach with the company and focused towards the constant improvement of products and services. He also developed programs that focused more on challenging many of the companies traditional organizational process and wanted every concept completely understand by all employees before it is implemented.


Katada also created the “three G” slogan that would forever change Komatsu, this means “Growth , Global, and Group-wide”. This process eventually paved the way for improvements in the company in key areas such as management/employee relations and development. This also allowed for increased global operations and productivity.


Environmental forces, industry changes - Komatsu vis-à-vis Cat responses? The U.S. recession woes of the early 1980’s were shared by Europe and Latin America, and Africa, and the Middle East felt the ripple effects. Worldwide, the EME industry faced overcapacity and low demand. For Cat, the world market leader, East Asia remained as a possibility for growth.


Ryochi Kawai did very well in an environment of great industry challenges. Fighting back in the face of the Mitsubishi/Cat JV, he emphasized Komatsu’s original goals towards overseas markets and consumer satisfaction, and added vertical integration (raw materials through finished product delivery) and pervasive Total Quality Control practices. The spirit of Komatsu was to seek out the root causes of issues, and always strive for innovation and future growth. A long history of good labor relations, many quality-control programs which won premier awards, R&D innovation, profitability, overseas distribution channels growth, and dominant local market share all attest to Kawai’s excellent leadership. Perhaps Kawai could have cultivated more choices in grooming successors, in addition to Shoji Nogawa, with profiles distinct from his.


Lee Morgan’s strategy sought diversification through being involved in many sectors of the economy, instead of acquiring competitors for proliferation of products in many different lines. Japanese inventory control systems were admired by Lee. He also emphasized the subordination of personal wishes to the good of the company. A very difficult challenge was Lee’s handling of the UAW strike, which ended with some concessions on the part of Cat to UAW, but left behind a wake of dissatisfaction amongst Cat’s union workers. Perhaps Lee might have considered more inclusive ownership programs for the employees, instead of the 204-day standoff which finally ended in May 1983, one of the longest in U.S. corporate history.


Vision, strategy – Komatsu: Katada Tetsuya Katada took on the mantle of President in 1989 and did not inherit an easy situation, with sales at levels of 7 years prior, and half the profits. Komatsu’s stagnation was in great contrast to Japan’s GNP growth of 43%. Worldwide demand was up-and-down, with changing demands for lighter equipment. Katada needed a strategy for this declining sector, and recognized the need for shifting away from construction equipment and catching up to Cat.
Katada moved away from the inherited culture, which he called bureaucratic, and instilled a spirit of challenging enterprise. He pointed out that the international environment had become by this time a global economy, requiring more international harmony. His own approach was inclusive and encouraged free discussion.


He pushed for regionalizing production even during Tanaka’s tenure, reducing their yen exposure. He formed a 50% JV with U.S. Dresser, which was controversial because some didn’t see Dresser as a valuable addition with a neglected product line, low quality and plants.
Katada’s new vision was to radically depart from Komatsu’s traditional strategic maxims and management directives: centralized production, total control over product development, whole ownership of subsidiaries, and Japanese style management worldwide.


His new strategy was called the Three G’s: Growth, Global, Groupwide. The long-term strategic plan, Project G, was launched, with a focus on growth, by developing sales, and overseas production facilities, and expansion into electronics, robotics, and plastics.
His vision was, in short, to reinvent Komatsu as a total technology enterprise, a globally integrated high-tech organization that integrates hardware and software as systems, with 50% of sales in nonconstruction business.


Komatsu grew through this period until 1992, when overseas sales fell 10.6%, and domestic sales fell 13.5%. The worldwide 1992 recession seemed the culprit, in addition to Komatsu’s reliance on JV’s and acquisition of local competition.


Product quality, efficiency, and strategic focus can easily be lost in this period of reinvention, but Katada is determined and has a strong game plan. Long-term globalization focus and localization efforts have a high chance of succeeding in the global economy. Katada will be playing a difficult balancing game of maintaining home (Tokyo) control as the rest of Komatsu grows to meet his vision.